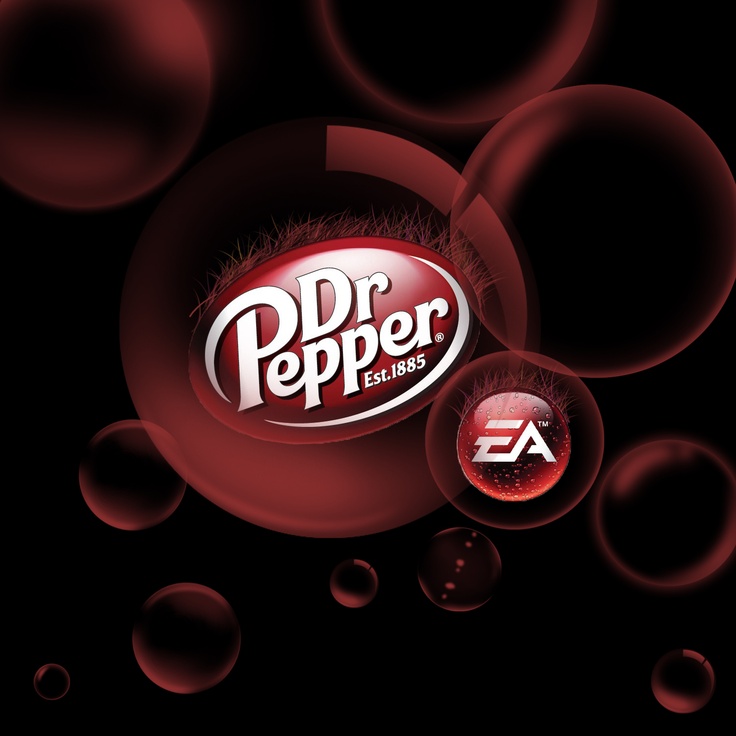 The brand marketing campaign, which launched on January 8 and will continue through 2010 (with a short hiatus from April through June), will put on-package access codes on a total of 500 million bottles and fountain cups of most Dr Pepper flavors. The codes will appear under the caps of 20 oz., 16 oz. and 14 oz. bottles of Dr Pepper, Dr pepper Cherry, Diet Dr Pepper and Diet Dr Pepper Cherry. Only the company’s new Diet Cherry Chocolate Dr Pepper will not take part in the promotion.

The codes will also appear behind stickers on specially marked 32 oz. fountain cups from participating retails outlets in chains such as 7-Eleven.

Customers will be able to redeem the codes for exclusive in-game enhancements for popular titles from EA’s library, including Battlefield Heroes, the upcoming Mass Effect 2, and Spore. For EA’s The Sims 3, the best-selling PC game in the world, the on-package codes will unlock bundles of special gear for their avatars, such as retro cars and new wardrobe choices, in themed packages such as Vintage Vegas, Beach Party and Football. EA will rotate others of its game titles into the campaign through the rest of the year.

To redeem the content, users must sign up for accounts with both EA.com and DrPepper.com, must register their games with EA, and then enter the code they receive.

“We wanted to give consumers an unrivaled experience b y offering a range of valuable game enhancements that elevate their experience with the games and create brand affinity,” Dr Pepper marketing vice president Tony Jacobs said in a release. “The EA promotion gives fans an unbelievable gaming experience that they can only access through Dr Pepper.”

“Dr Pepper’s decision to partner with EA is an investment that will bring a lot of value to their brand and to their customers,” EA senior vice president of global media sales Elizabeth Harz said in a statement. “Consumers get free game content and a whole new way to experience the Dr Pepper brand.”

Neither the cost of the promotion nor the projected revenue split was specified at press time.

Gamers are growing increasingly accustomed to acquiring new virtual items and enhancements for their online experiences, and from offline as well as Internet sources. Many game producers are selling virtual points that can be redeemed in their Web stores for special gear or game features, and brick-and-mortar retailers are getting into the business of selling pre-paid cards filled with virtual currency.

Retail chain 7-Eleven announced in December that its sales of prepaid game cards had doubled from 2008 to 2009, and that as a consequence the chain would double the number of gaming titles for which it will sell the virtual-currency cards from the current inventory of about 30 titles.