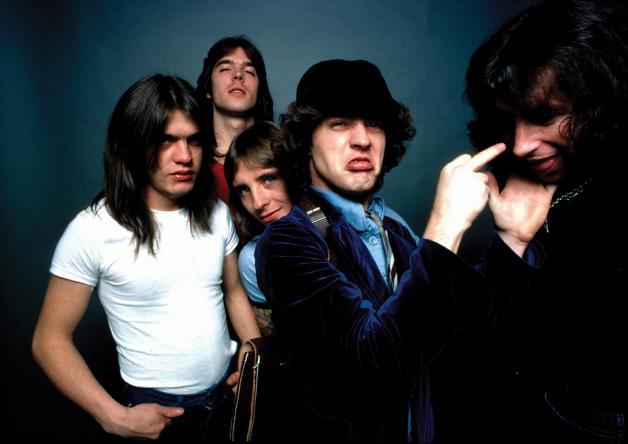 A review by Andrew Howie

Ridin’ down the highway, goin’ to a show. AC/DC are currently touring. Spreading the good word of their new album “Black Ice’, they have stops through Europe, the United States and Australia just to name a mere few.

Widely thought of as Rock and Roll pioneers, these guys have sold over 200 million albums. Their history can be broken in to the pre-Scott era and post. Bon Scott died after a night of heavy drinking in 1980. A loss that almost caused this legendary group to disband. After a bit of back and forth, they came to settle on their new, and current lead singer Brian Johnson. During all this time, Malcolm and Angus Young, the bands founders have remained the backbone of the group.

Heading to their concert, I was overwhelmed by the amount of black. Everyone seemed to own the merch. Whether it was from the current ‘Black Ice’ tour, or one of their numerous previous tours, it become quickly apparent that without a black t-shirt I was sure to become an object of ridicule.

On entering the arena, the sheer buzz and physical presence of 70,000 excited people was unforgettable. ‘Wolfmother’ were doing their thing and I have to admit, I was impressed by their performance. But that was not what I was there.

As the sun disappeared behind the horizon, the stage lit up, and tens of thousands of red devils horns became the dominant light.

Then, almost as though all my senses had been engaged at once, the performance began. And for neigh on 2 hours, these old school rockers did what it is they do. They performed. 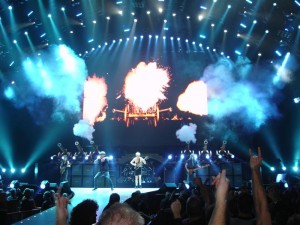 Brian Johnson the lead singer is 62. He belted out song after song with the kind of stamina I expect from a champion thoroughbred. His admirable axe wielding accomplice Angus Young delivered a guitar solo that will remain with me for the rest of my life. It lasted for around 20 minutes. I’m pretty sure time stood still, so it may have been longer. He is 55.

I took a brief time out from the sensory overload to look around me and people watch. There were people in their late 60’s. And the ages ranged all the way to young kids. I noticed a group of teenagers who could get themselves a part time job listing lyrics to the performance; such was their knowledge of the words.  AC/DC had united race, gender and age in a wide reaching and encompassing black sea.

The music of these guys has truly transcended the ages. The kind of accolade that few can boast. The Beatles. The Stones. Madonna. Perhaps the late MJ. The energy and emotion at this event was truly mind blowing.

I left the area with one thought on my mind: I wonder how I go about getting tickets to their next two concerts?