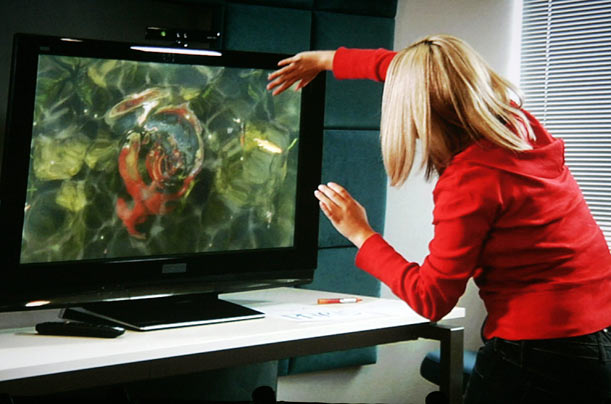 The fact that technology is advancing at a rate of nots is no secret. Devices continue to get smaller and more powerful. And we are reaching an age where if you can dream it, you can do it.

I am not much of a gamer. I love to play the things but my addictive personality means that they are not something I can spend too much time with. I once went through a phase whilst at university that saw me sitting on the couch for around 9 hours a day playing a silly driving game on X-Box. It began to consume my life. Driving round and round the track. Trying to get faster and find ways to improve my lap times.

I was entranced by the reality. The cars looked real. The surroundings just as real. The sounds and the way the cars handled all felt real to me. To hear that racing car drivers practice and learn tracks by using these games came as little surprise to me.

Then along came the Nintendo Wii. A platform that allowed you to interact with a game in a whole new way. You had a controller that sensed movement. All of a sudden, the stigma of ‘gaming’ changed. It became acceptable for middle aged people to get involved.

It became an after dinner activity. You could go for dinner at the neighbors, enjoy a few wines and a few sets of Wii tennis. Never once feeling geeky or like a 15 year old pimple faced kid.

Now to me, this was cutting edge. This was something that allowed people to access an area of entertainment previously exclusive to people scared of daylight and meeting girls face to face. That was until today.

Today I experienced something first hand that will revolutionize not only gaming, but the way you consume media. Think Minority Report but in real life.

It has software that recognizes your body and its pivot points. The camera senses movement and depth. And it recognizes you. So as you approach it, it automatically loads your profile with your preferences.

Now, I can’t go in to detail about the games. That is all top secret and they are still in development. What I can tell you is that the genres and the possibilities are truly endless. The only limit is your imagination and the ability of the coders to bring it to life.

This device, currently named Project Natal was released to the public at E3, a technology convention last year. People were skeptical. They didn’t believe it could be true. They were looking for reasons not to believe. Those who actually used the device returned unbelievable intent to purchase figures.

I can tell you, it is the single most impressive piece of technology I have seen so far.

Watch this trailer and all the time keep this in your mind: The real things is so much more awesome than this clip lets you believe.