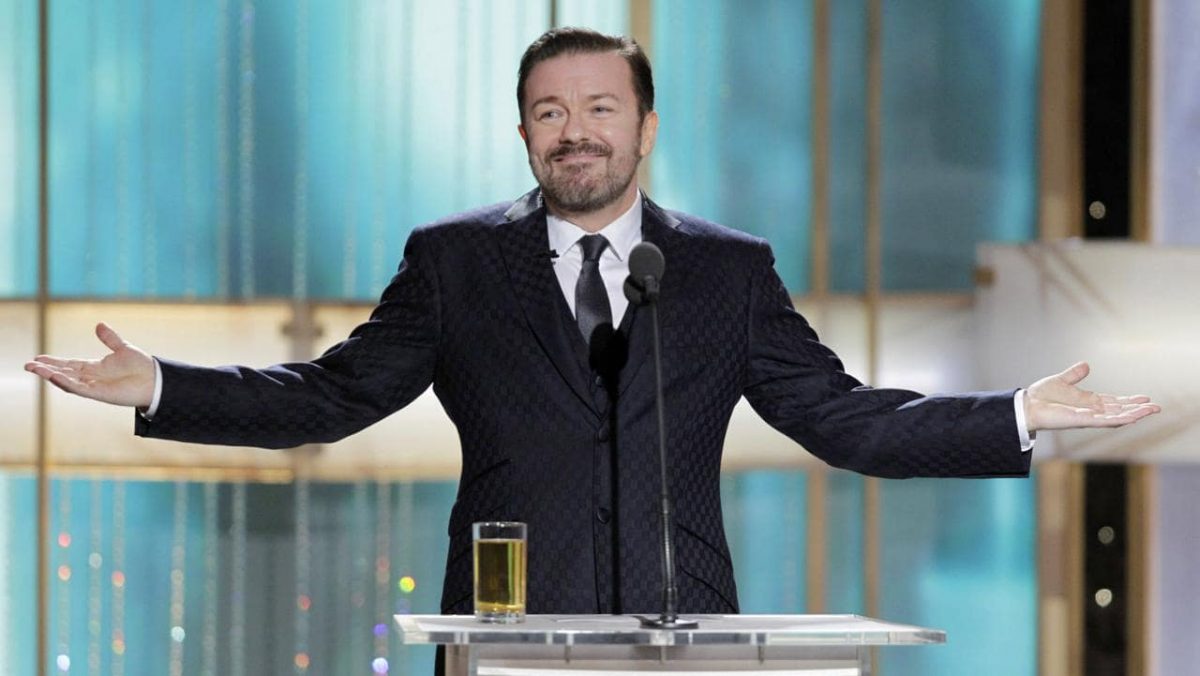 The 68th annual Golden Globes veered into Cluedo territory last night as the event’s host went missing for nearly an hour. Ricky Gervais‘s absence from the stage, following an opening monologue that drew more gasps than laughs, led excited observers to speculate that the British comic may have been collared backstage and fired … or worse.

Gervais opened the live telecast by poking exuberant fun at the likes of Tim Allen, Charlie Sheen, Mel Gibson and Robert Downey Jr. He claimed to have had to help Philip Berk, president of the Hollywood Foreign Press Association, off the toilet and “put his teeth back in”. He introduced Bruce Willis as “Ashton Kutcher’s dad” and explained that Johnny Depp’s critically panned caper movie The Tourist had only been nominated because the voters of the Hollywood Foreign Press Association “accepted bribes”. Neither Willis nor Depp appeared especially amused.

Then Gervais went missing, sparking lurid speculation on blogs and Twitter. Where had Gervais gone? Had the host been killed or merely given his marching orders? “Others have joked but I think it’s getting to the point where it may be true,” wrote Hollywood publicist Lewis Kay. “Did [the Hollywood Foreign Press Association] fire Gervais midway through the show?”

Others, however, attempted to reassure the conspiracy theorists. “Hosts always get trimmed in the second half of awards shows,” wrote HitFix’s Daniel Fienberg. “Ricky Gervais hasn’t been killed. Or has he?”

Even when Gervais eventually returned, observers noted that he seemed subdued, leading to suggestions that he had been asked to tone down his routine. According to CNN host Piers Morgan, Gervais looked “haunted”. He vowed to ask the comedian: “What the hell did they do to you backstage?”

Following the ceremony, Tim Allen, Tom Hanks and Robert Downey Jr all appeared to be at least mildly uncomfortable with Gervais’s performance. “It’s one thing if it’s just the people in the room, but on a broadcast it makes you feel bad for some of the people,” said Richard D Zanuck, producer of the Globe-nominated Alice in Wonderland. “I know it’s what some people want, but I still feel bad.”

Elsewhere, the reaction to Gervais’s second stint as Globes host has been evenly split. “Mr Gervais’s jibes at the Hollywood Foreign Press Association divided the room,” claimed the New York Times. “It was Mr Gervais’s second chance to host the Golden Globes; he may not get a third.”