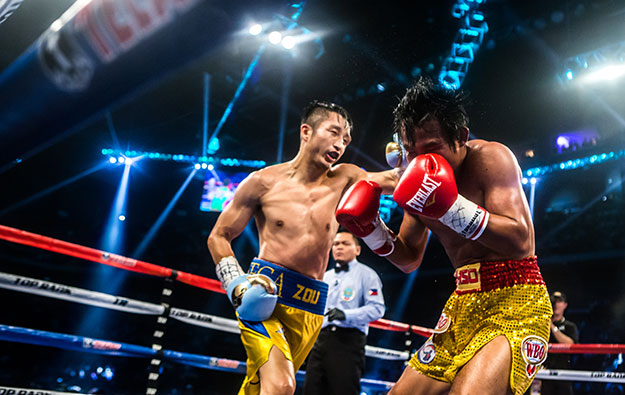 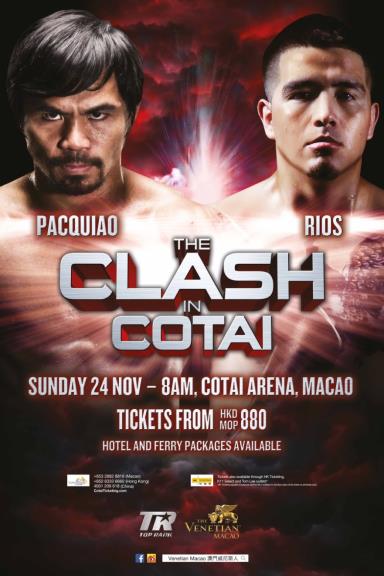 Come November 24, the eyes of boxing fans will be trained on the Cotai Arena at the Venetian  in Macao, the venue for what organizers say will be the biggest professional boxing match ever held in China.

It will be Pacquiao’s first fight in China.

“It’s going to be a good fight. It’s going to be a one of a kind fight,” Pacquiao said during a promotion tour in Beijing last month . “This is a good chance to promote boxing in China. Don’t miss it.” Said Bob Arun Top Rank CEO.

One added attraction for Chinese fans will be the undercard fight featuring Zou Shiming, the 32-year-old boxer from southwestern Guizhou province.

With 2008 and 2012 Olympic gold medals under his belt, the up-and-comer has served as the emblem for the re-emergence of boxing in China in the past decade.

Zou made his professional boxing debut at the Venetian Macao this April, winning the “Fists of Gold” match in Macauat the Cotai Arena. On July 27, he won another bout against Mexico’s Jesus Ortegas in the same venue.

The weekend promises to be a huge success with some very high profile Hollywood and Asian stars who are flying out just to support the fight.

Tickets for the event will go incredibly quickly and we strongly advise to move quickly not to miss this epic encounter.

To book your tickets immediately please go to :

BOOK YOUR PACKAGE BY PHONE