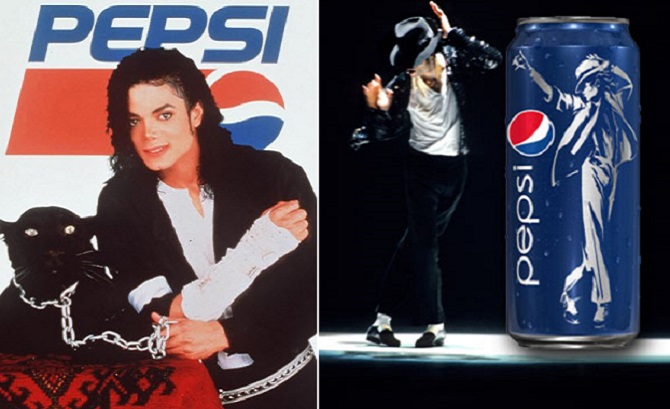 The 80’s were amazing. They were a time of great prosperity and growth. It saw the birth of multinational businesses and it also sadly saw the divide between first and third world countries expand.

One of the greatest things about the 80’s was the definition of style and culture. Fashion became a feature of many countries emerging from the grips of communism. Brands such as Oakley took off and bright colours were the norm.

And when it came to beverages, there was a war waging. You were either a Coke drinker, or a Pepsi drinker. The battle lines were drawn and the armies were devout. The drink you were seen with defined who you were as a person and what you stood for.

1983 saw a partnership form between Pepsi and Michael Jackson worth $5 million. A deal that shattered all standing records for celebrity endorsement deals. It linked the 2 brands together for 10 years and is still used a case study highlighting how an integrated campaign should be executed.

Coke had tried its best to land MJ for a campaign but the $1 million asking price was not enough, mixed with the fact that the campaigns they offered up all felt too niche and ethnic oriented.

Pepsi were sold on the idea when Michael offered to alter the words to his hit single ‘Billie Jean’ to incorporate the Pepsi brand, and the rest is history.

It was on the set of the shoot that Michael had his hair set on fire and as a result was forced to undergo his first surgical procedure.

What is interesting to note about this campaign is the complete lack of professional integrity shown. By modern standards, MJ totally sold out to the man. He butchered his own work for the benefit of the brand.

But, back in 1984, we were all young and innocent. We just looked at this and thought “Wow, Michael Jackson must really love Pepsi”.

To relive the magic, grab yourself a Pepsi, crack the can and watch it here: