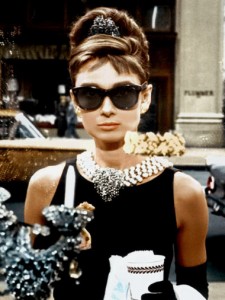 I picked up this article from Ad Age where Anita Chang Beattie discusses which Western celebrities are the most popular in China.  The article can be found here

Or if you read on below;

It’s probably not a huge surprise to learn that Kobe Bryant is a top foreign celebrity among consumers in basketball-crazy China.

But what about Audrey Hepburn and Michael Jackson? Or Nicolas Cage and Arnold Schwarzenegger? According to a study by Beijing-based consulting firm R3, they also rank as among the top 20 most engaging foreign celebrities in China.

“You shouldn’t underestimate … the power of DVDs and movies in this country. Cinemas and Hollywood movies keep growing, there’s tremendous interest in Western movies in China,” said Greg Paull, principal at R3. He points out that American TV shows are also often carried on Chinese TV, making stars out of Western actors. “You’ve got 3,000 TV stations in China broadcasting 24 hours a day, that’s 72,000 hours of content per day that needs to be filled.”

The list offers clues to marketers who are considering celebrity endorsements, a popular marketing strategy in China and much of Asia.

Mr. Paull said he was a bit surprised there weren’t more athletes on the list, though it may be because of the study’s timing, conducted in the last quarter of 2012. Had it been closer to a major sports event like the Olympics, athletes like Michael Phelps or Usain Bolt would probably have made the list, he said.

Thanks to Breakfast at Tiffany’s, Audrey Hepburn is associated with a brand that has been aggressive in China.

As for Audrey Hepburn, still influencing Chinese consumers 20 years after her death: “She has a massive iconic appeal for elegance and sophistication,” Mr. Paull said. “She’s well associated with brands like Tiffany that have been quite aggressive in China. She just has a very unique positioning.”

R3’s results were based on interviews with more than 30,000 Chinese consumers. It used three factors to measure a celebrity’s engagement: preference (unpromoted mentions as a “favorite” star), engagement (the depth of commitment that consumers mention) and values (strength of association with authentic, genuine, trustworthy and others).

If you’re looking to use a celebrity endorser for your product in China, here’s R3’s advice: