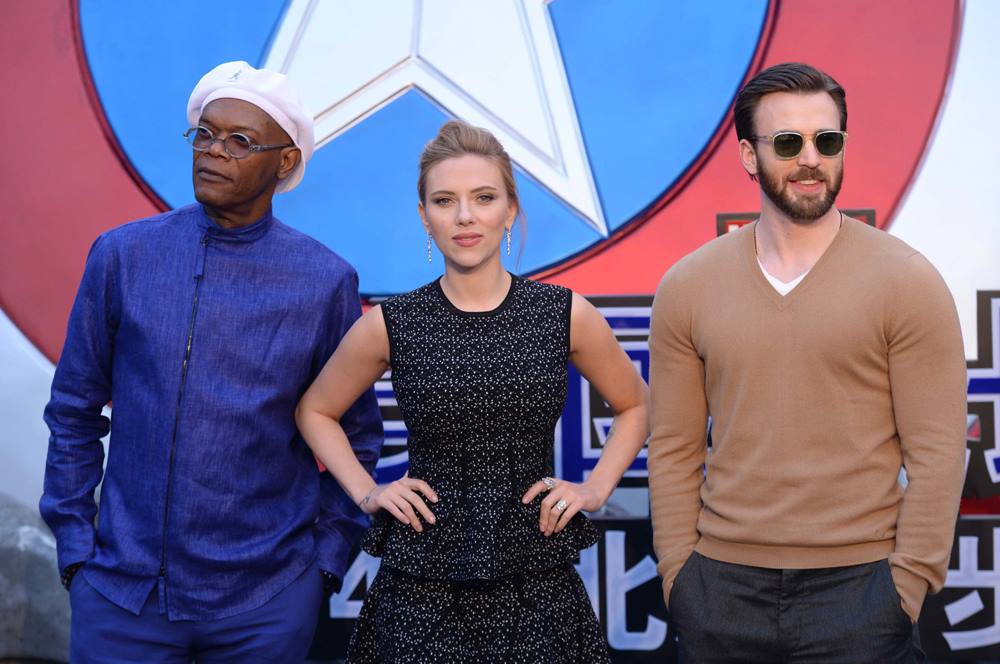 They’re among the actors promoting an export from the U.S. — Walt Disney Co. (DIS)’s “Captain America: The Winter Soldier” — at an event at a shopping mall in Beijing today as American movie makers continue to experiment with ways to penetrate the massive Chinese market.

Disney is marketing the superhero sequel in a partnership with the Chinese video website Youku Tudou Inc. (YOKU), which will air interviews and behind-the-scenes footage on its “Star Talk” program in a bid to build a local fan base for the franchise.

The deal with Youku highlights how important China is to the U.S. movie industry and how studios are using the Web to sell their productions in the world’s second-largest economy. It’s also good business for Youku, which is competing to attract and keep users who, like people in the U.S., are increasingly going online to watch movies and television shows.

“We work with all the studios,” said Chief Executive Officer Victor Koo. “We’re certainly going to be expanding and deepening our partnerships.”

A challenge for Disney is that the first film built around the Marvel Comics character, 2011’s “Captain America: The First Avenger,” wasn’t released in China. Universal Studios Inc. confronted the same issue with its “Despicable Me: 2,” and managed it by making “Despicable Me” available on Youku’s video-on-demand service before the sequel hit theaters, where it took in more than $52 million, according to boxofficemojo.com.

“A lot of these characters, while being very famous in the U.S., a lot more people need to understand them in China,” Koo said. “That’s a problem that U.S. partners and Chinese partners need to work together on.”

In China, the government restricts the number of foreign-made films that can be released in theaters, allowing just 34 imports a year. That hasn’t damped the industry’s enthusiasm for the fast-growing market.

The number of theater screens in China tripled between 2008 and 2012, reaching 13,118, according to Beijing-based EntGroup, a research firm. Box office receipts climbed 36 percent from 2011 to 2012 to reach $2.7 billion and surged to $3.6 billion last year, data from the research firm Rentrak show, with domestic films responsible for 48.5 percent of the total. The online video market will probably be worth 17.8 billion yuan ($2.86 billion) this year and double to 36.6 billion yuan in 2017, according to the consulting firm IResearch.

Disney has dispatched stars to the Chinese capital before. When it distributed the Marvel film “Iron Man 3” — retooled for the Chinese audience that was co-produced by Beijing-based DMG Entertainment — star Robert Downey Jr. attended a gala at the Forbidden City. The movie set a record for opening-day ticket sales in China.