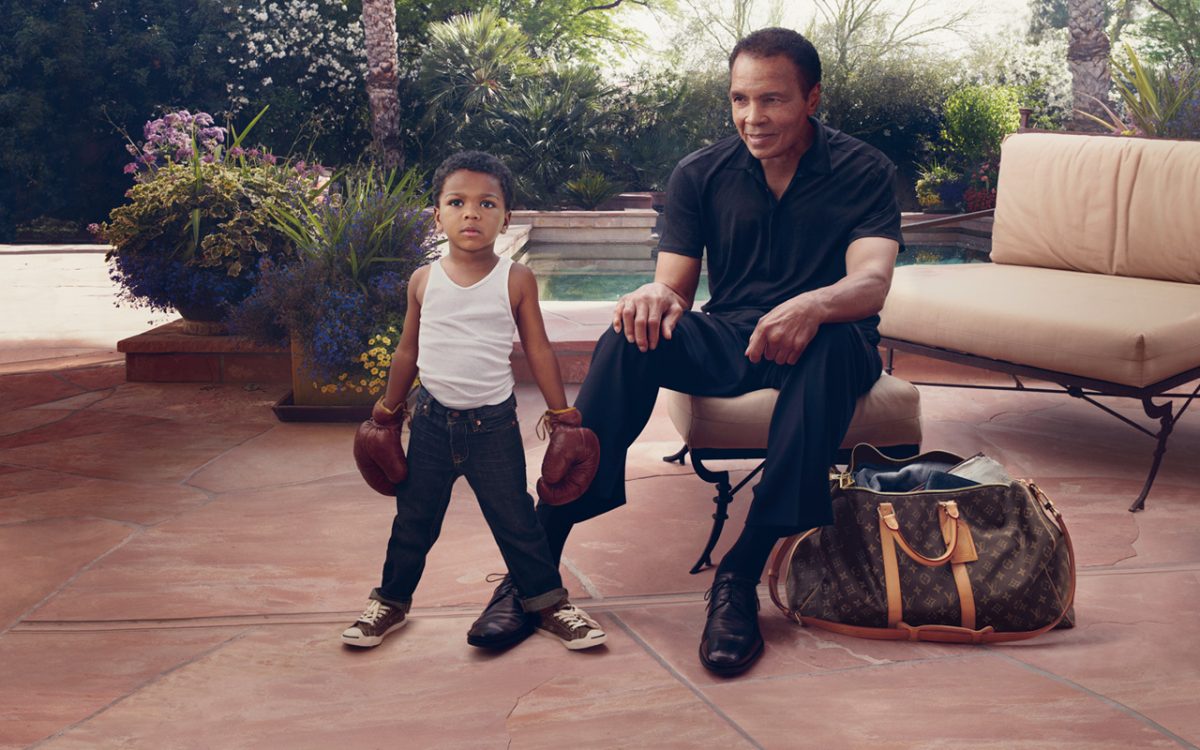 Muhammad Ali has been revealed as the latest star of Louis Vuitton’s ‘Core Values’ campaign.

Ali, who was crowned ‘Sportsman of the Century’ by Sports Illustrated in 1999, was photographed by Annie Leibovitz at his home in Arizona, watching one of his grandsons who wears a pair of boxing gloves. The tagline reads: “Some stars show you the way. Muhammad Ali and a rising star. Phoenix, Arizona.”

Ali, now 70, defeated every top heavyweight in his era, which is widely regarded as the golden age of heavyweight boxing. He was involved in some of the greatest bouts in boxing history, including the “Fight of the Century” against arch rival Joe Frazier at Madison Square Garden in 1971, and the “Rumble in the Jungle” in Zaire in

1974, when he regained his world title from George Foreman.

His unorthodox boxing style – which he famously described as “float[ing] like a butterfly, sting[ing] like a bee” – brought unprecedented grace and speed to the heavyweight category.

Since retiring from the sport in 1981, Ali has remained an active public figure, as both a humanitarian and an outspoken political campaigner, despite being diagnosed with Parkinson’s disease in 1984.

“Muhammad Ali is the epitome of an outstanding personality – a true living legend in boxing and far beyond,” Yves Carcelle, Chairman and CEO of Louis Vuitton, said in a statement.

‘We are honoured that he agreed to be photographed for the Core Values campaign, and delighted with the way this beautiful portrait of the champion and his grandson captures the idea of transmission, which is of great significance to Louis Vuitton.”

The most recent campaign images feature Angelina Jolie reclining on a wooden boat in Cambodia – the country she fell in love with, and adopted her son Maddox from, after filming of Lara Croft: Tomb Raider there in 2000.

U2 frontman Bono and his wife Ali Hewson in Africa, where the couple have long campaigned for the fight against extreme poverty, and actor Sean Connery photographed on a beach near his home in the Bahamas.